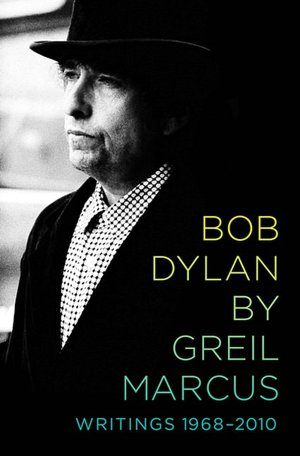 The book begins in Berkeley in 1968, and ends with a piece on Dylan’s show at the University of Minnesota—his very first appearance at his alma mater—on election night 2008. In between are moments of euphoric discovery: From Marcus’s liner notes for the 1967 Basement Tapes (pop music’s most famous bootlegged archives) to his exploration of Dylan’s reimagining of the American experience in the 1997 Time Out of Mind. And rejection; Marcus’s Rolling Stone piece on Dylan’s album Self Portrait—often called the most famous record review ever written—began with “What is this shit?” and led to his departure from the magazine for five years. Marcus follows not only recordings but performances, books, movies, and all manner of highways and byways in which Bob Dylan has made himself felt in our culture. Together the dozens of pieces collected here comprise a portrait of how, throughout his career, Bob Dylan has drawn upon and reinvented the landscape of traditional American song, its myths and choruses, heroes and villains. They are the result of a more than forty-year engagement between an unparalleled singer and a uniquely acute listener.